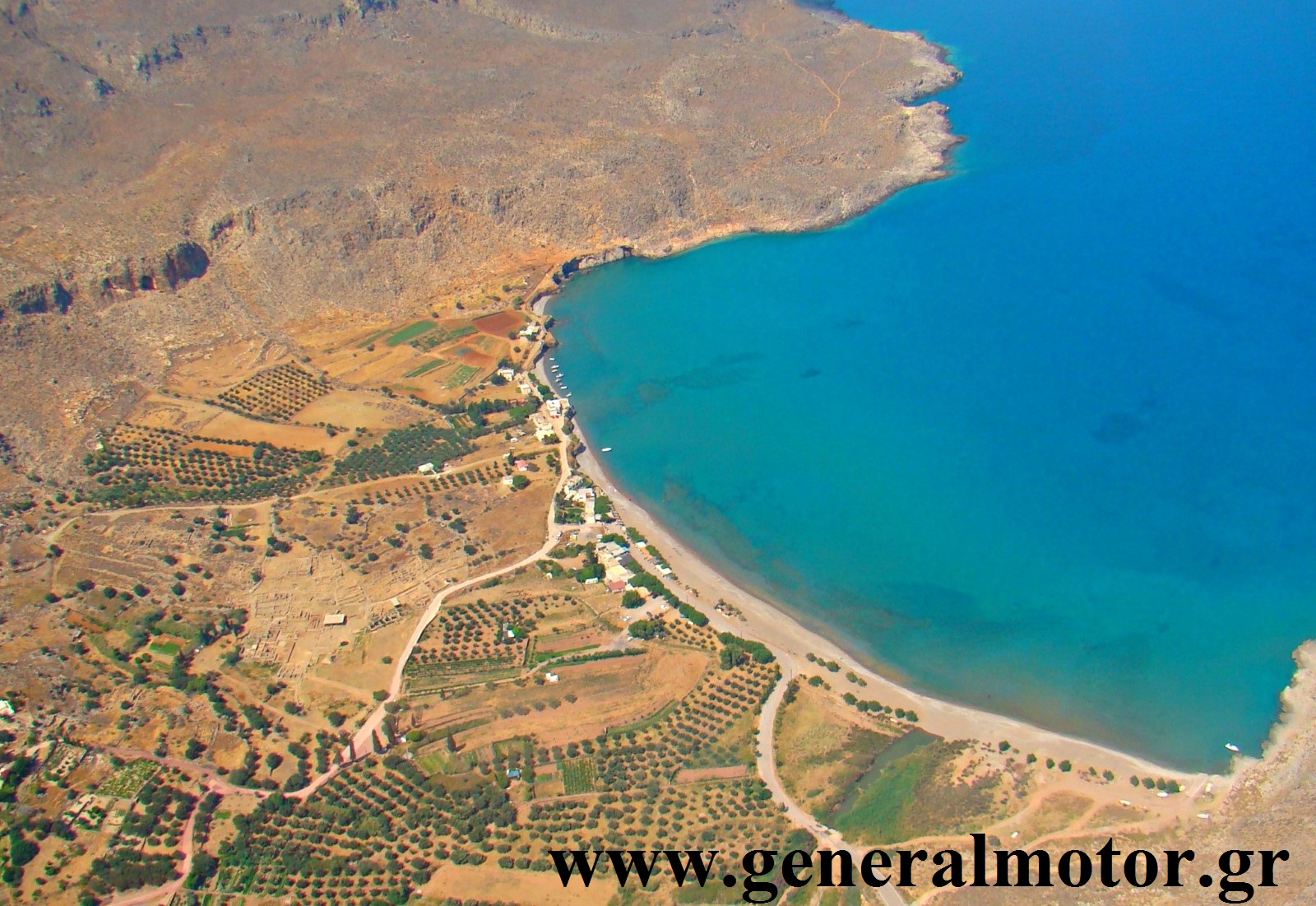 Kato Zakros, simply awesome, small and personal, quiet and well - it is somewhere you feel a sense of ownership about the moment you arrive. At the end of a dazzling, exciting with stunning views road, descending from the plain around Zakros itself.

The journey to Zakros builds and improves the experience that "you've really traveled" to get there. You are in the East 44km southeast of Sitia. You have reached this wonderful coast and there is nowhere further to go!

The setting of Kato Zakros is simply amazing. You are by the sea with a large pebble beach and often-dazzling waters. It's quiet, feels as "real" as a beachside place can, there is a little tourism as such and what there is mostly consists of daytime visitors to the Palace of Zakros archaeological site.

There are very few places where you can enjoy such a beautiful bay, a Minoan Palace and a spectacular Gorge. Add sunrises, sunsets, shooting stars and starlit nights, a handful of welcoming, traditional tavernas (supplied by their own organic gardens which you can walk amongst) coastal walks and no shops! This is a very special place.

About Palace of Zakros, the site is a prized destination for many and we've heard numbers of people call it the site that has most impressed them in Crete. There is a lack of mobile phone reception which delights some and will require adjustment from others!

Kato Zakros remains and maybe is the the most original, unspoiled, non touristic destination in Crete.

The views, swim, walk (E4-path goes from Zakros through the Gorge of the Dead (5.5 km approx. very slow going, sid to take 6.5 to 8 hours!) to Kato Zakros where the gorge reaches the coast.

Eat fresh fish and more at the tavernas, read, write, make conversation and visit the minoan Palace of Zakros. Zakros palace was the last Minoan palace to have been discovered (1962) and the excavations prooved remarkably fruitfull.

Tour the mountain villages and other coastal points nearby, including Xerokambos.

Xerokambos is a quiet village and farming settlement on the far southeastern side of lovely Crete. Its isolation means that tourism is a pretty much low-key, the busiest period is July and August. There are two splendid beaches and a few scattered tavernas.

Don't expect a lively nightlife, but who's complaining?

In our opinion you have to visit Kato Zakros ,its one of most beautifull places in Crete.
If you wish to stay in Kato Zakros, there are many apartments which their price start from 30 euro the day. Also you can find traditional taverns with fresh fish and traditional cuisune in good prices. if you would like more information, don't hesitate to sent us an e-mail.