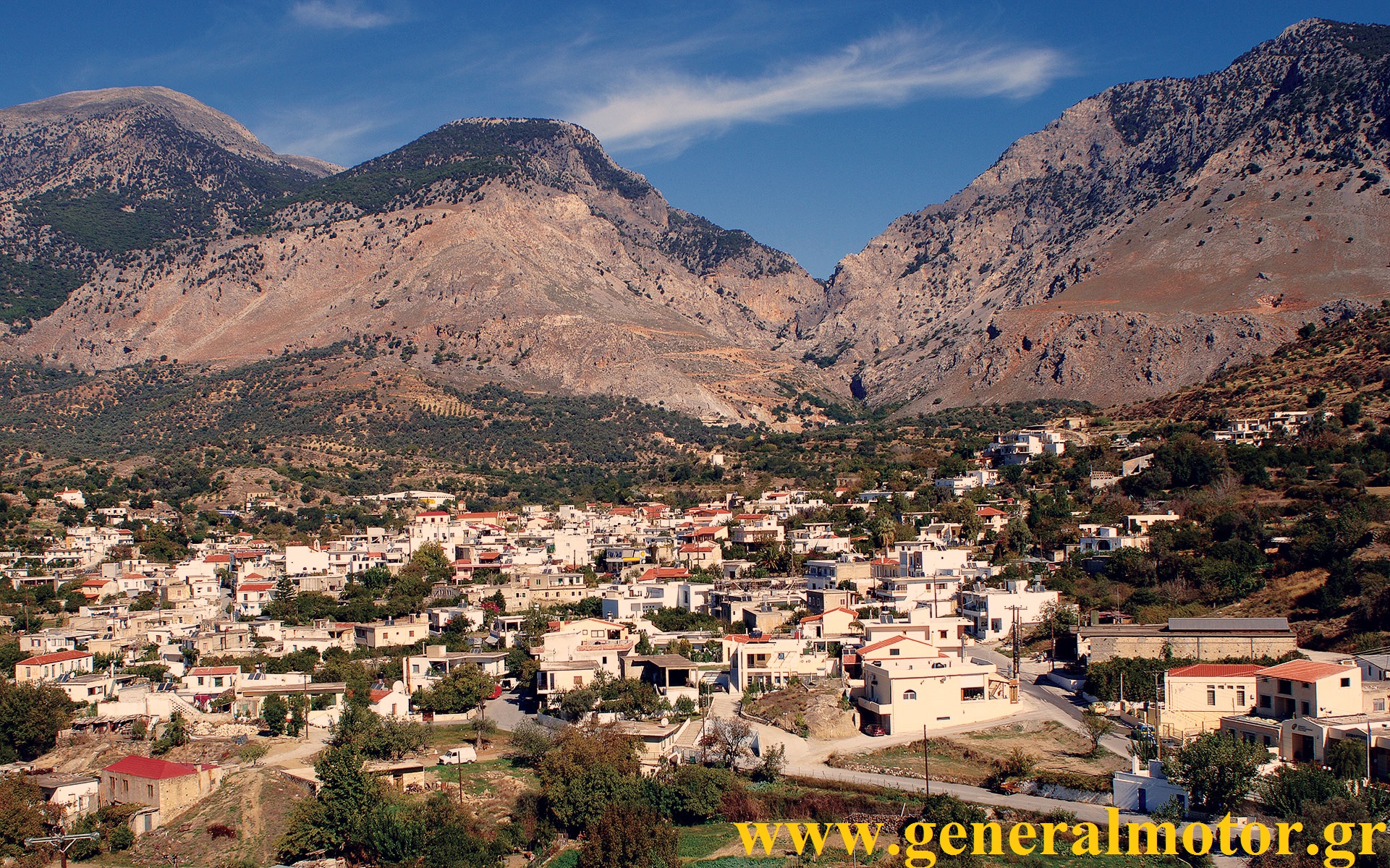 Zaros is a village and a former municipality in the Heraklion regional unit, Crete, Greece. Since the 2011 local government reform it is part of the municipality Faistos, of which it is a municipal unit.Population 3,370 Zaros village, at an altitude of 340 metres, is a village with a lake and gorge nearby.

The village has a couple of hotels and it is 44 km from Heraklion at the southern foothills of Mount Psiloritis.Furthermore it is possible to find apartments in good condition.The population of 3,400 produce olive oil, sultanas, vegetables and spring water. There are a couple of taverna's that serve trout. The one and only 'fishfarm Votomos Taverna' serves fresh and home grown Salmon, Trout and Sturgeon, you find the fishfarm Votomos, 700 mtrs outside of zaros, direct left from the old watermill (700 years old and still milling) on the propertie of hotel IDI. Close by is Rouvas Gorge, which is part of the Psiloritis mountain range and is on the hiking route known as the E4 European Walking Path. Nearby Zaros village are traditional water mills which have been working since the 16th century, as well as archaeological sites and monasteries. Zaros is also famous for its water derived from Lake Votomos and bottled by a bottling plant called Votomos SA.

Our company suggest Tavern Oasis.The visitors can find it opposite from Post Office.Traditional cuizine cooked in a woods oven and home wine.